We are very excited to have such a diverse group of impressions and wanted to share with you who is registered so far. We also have, depending on the day, up to 12 living history individuals with period civilian clothing, military uniforms, equipment. Some are bringing vehicles too.

The Camp Howze Military Vehicle Preservation Association will be attending CAF WOD again this year. With a large encampment footprint, an operating howitzer, halftracks, and trucks, the public will experience some unique pieces of history.

General Patton and his Third Army Living Historians will be back again this year with a larger camp and different vehicles including General Patton’s Mobile Headquarters. Check your uniform and gear else risk getting docked pay during the General’s inspections.

General The 12th Armored Division Memorial Museum is a teaching museum based in Abilene, TX. They will be joining us this year with an encampment featuring an Armor Division Field HQ, “Doghouse” shelter bivouac, and a field kitchen. They will bring vehicles too.

RAF 609 Squadron Living History Group started in Texas to honor the accomplishments of the RAF during WWII. They are a living history group honoring the No. 609 Squadron during WWII which represented a cross section of Commonwealth and Allied nations. We’re fortunate to have the RAF represented at WOD.

We’re excited to have the US Army Air Forces of WWII Reenactors of Texas at WOD this year. They are bringing a USAAF forward base camp and a WWII “Follow Me” jeep. 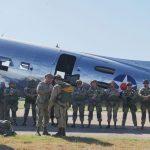 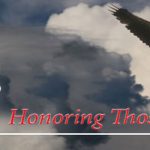