Introducing Veteran Voices, a program to be held during the CAF Wings Over Dallas World War II Airshow. Veteran Voices is a series of first-person accounts from some of our most treasured resources, our veterans, many of whom are World War II combat survivors.  Wings Over Dallas attendees are encouraged to join us in the Dallas Executive Airport terminal for these short discussions, with the opportunity for Q & A and to meet these real-life heroes.

Retired Lt. Col. Dave Hamilton enlisted in the U.S. Army Air Force and trained as a C-47 pilot. He was then selected to become a Pathfinder pilot, an elite special operations group. He was assigned to the 9th Air Force, 2nd Pathfinder Group. He participated in many missions during the war, including dropping paratroopers into Normandy in advance of the allied invasion on D-Day. He participated in many missions during the war, including leading C-47s in for a supply drop to the 101st Airborne at Bastogne, flying Eisenhower between England and France, and evacuating wounded from battle. Hamilton has received many medals, ribbons and even two Presidential Unit Citations for his incredible service. After the war, Hamilton flew C-47s and C-54s for Trans Air and Constellations for American Overseas. He later went back on duty to serve in the Korean War, flying RB-26s and completing 51 more missions.

John Hancock is a veteran of many Pacific campaigns including the Battle of Coral Sea and Battle of Midway. In both campaigns, Handcock served as gunner under the bow of the USS Yorktown firing more than 800 rounds at Japanese warplanes. Hancock also served on the USS John Land where he assisted in delivering soldiers all over the Pacific. Because Handcock had some pre-flight training, he was called into pilot duty and flew Hellcats off the USS Saratoga.

Jack Ogilvie was the very first man to enlist at the Army recruiter office in Dallas on December 8, 1941. As a member of the Army Air Corp, Ogilvie, flew 200 combat missions in P-39 Airacobra and P-47 Thunderbolt over Europe and Africa. As a P-39 pilot he invented low flying tactics to evade German Messerschmitts. For his service, Ogilvie was awarded a Distinguished Flying Cross and Silver Star. The P-47 Ogilvie flew is on exhibit at the Smithsonian museum. Ogilvie named all of his aircraft “Spirit of D” (“D” for Dallas).

Retired USAF CWO-03, Robert W. Tanner was born in Fairfield, New York on December 5, 1921. Tanner joined the U.S. military service at 17 years of age with his parents’ consent. In 1938, he reported to Fort Hamilton in Brooklyn, New York. Tanner was interested in aviation even before he joined the military and was already an experienced novice pilot. He was given flight status and immediately shipped to Hickam Field, Hawaii. He was at Hickam Field when the Japanese Forces performed a surprise attack, known as Pearl Harbor. Tanner was fortunate to survive the attack. In total Tanner served 27 years in the armed services beginning in the Army Air Corps, Army Air Services and finally in the U.S. Air Force, Strategic Air Command. After his retirement from the service Tanner served another 21 years with the Department of Defense. Tanners military career is impressive: he is a three-war decorated pilot having served in World War II, the Korean War and the Vietnam War. Tanner currently lives in Cedar Hill, Texas.

On May 31, 1943, a 23-year-old Fiske Hanley boarded a train and left Texas to serve in the U.S. Army. Following a variety of trainings including the Army Air Force Aviation Cadet program, Fiske was assigned to the 504th Bomb Group in Tinian in January 1945.  As a Second Lieutenant, Fiske served as a B-29 Flight Engineer.  Over the next three months, Fiske and his fellow B-29 crew members conducted numerous bombing missions over Iwo Jima and mainland Japan.  Some of these missions were conducted in the B-29 named The Stork Club Boys.

On March 27, 1945, while performing a mine-dropping mission over Shimonoseki Straits in darkness and low altitude, The Stork Club Boys incurred heavy flak damage catching the aircraft on fire. While the aircraft spiraled downward, Fiske bailed out and parachuted into a rice paddy. He was soon placed under the custody of Japanese police.

Fiske was transferred to the Kempei Tai (the Japanese special military police) where he was classified as a special prisoner and charged as an American war criminal. Fiske spent the next six months in the custody of the Kempei Tai where he awaited a trial and execution. During this time, Fiske witnessed unspeakable atrocities at the hands of the Kempei Tai. With the war nearing an end, Fiske was transferred out of Kempei Tai custody to Camp Omari with the general POW population. When Omari was liberated Fiske weighted 104 pounds. Fiske was present in Tokyo Bay at the time of Japanese surrender and witnessed more than one thousand B-29s fly over Tokyo. In 1946, Fiske was discharged from the Army as a First Lieutenant. Fiske continued to work in aviation after the war. He was heavily involved in the design of the F-16 Falcon Fighter and the NASA Saturn Moon rocket.

(As he has in the past, Don can speak to effects of B29 action—first hand, caters on Iwo for cover, crash landings at Okinawa)

Donald served two tours in the South Pacific.  His 5th Marine Division served with the occupation of Japan.  On February 19, 1945, his division hit the beach on Iwo Jima and secured Mount Surabachi in three days, thus the famous flag raising on Mt. Surabachi.  In the next five weeks of heavy fighting the island was secured.

Karnig Thomasian volunteered for the Army in 1942 when he was 18 years old. Following training in the Army Air Corp, Karnig was assigned to the 20th Air Force, 40th Bomber Command, 45 Bomb Squadron in Chakulia, India.  As a Staff Sergeant, he served as a B-29 left side gunner and electrical specialist with combat service to the China India Burma theatre.

On a railroad bombing mission over Rangoon, Burma in December of 1944, Karnig’s B-29 flipped upside down in response to an explosion of colliding bombs upon release. With the plane on fire and in crash mode, Karnig bailed out, parachuted into a rice paddy and was captured by the Japanese. Within that mission, only one of 11 B-29s made it back to the base that day.  Karnig then spent the next six months in a Japanese prison camp in Rangoon. During this time, Karnig was interrogated, beaten and isolated in solitary confinement. With the liberation of the camp in May of 1945, Karnig his duty to his country and was more than happy to return to the family home in New York City.

Born in Grand Saline, Texas in 1921, Col Joe McPhail joined the Marines in October 1941 and went on active duty three days before the attack on Pearl Harbor. He received fighter pilot training and earned his wings in October 1942. He was assigned to Marine Fighter Squadron VMF-441 flying the F4F-4 Wildcat on flying patrol in the Central Pacific Theater. Col McPhail was also assigned to the most successful Marine Fighting Squadron of 1945, VMF-323, also known as the “Death Rattlers”, where he piloted the FG1-D Corsair. In just a few weeks, the squadron shot down 124.5 Japanese planes and counted a dozen aces. McPhail is credited with 2 air-to-air victories, taking down a Japanese Zero and a Nate in 1945. During his time in the Marine Corps, McPhail flew 240 combat missions, including 102 missions in the Korean War as part of the renowned “Blacksheep Squadron.”

Kelly Haynes served as a C-47 (“Skytrain”) and C-43 (“Commando”) pilot in WW2 within the 315th Troop Carrier Squadron; 443rd Troop Carrier Group of the 10th Air Force.  His primary mission in 1945 involved resupplying the Chinese war effort by flying C-43s transport aircraft “over the hump” from Northern India “over the Himalayas” down into China.  The “over the hump” route was treacherous and extremely dangerous in terms of weather conditions and exposure to Japanese combat forces. Delivering troops and supplies to needed areas played a critical role in keeping the Japanese military engaged in China and away from engaging Marines in the Pacific theater. For his service, Kelly was awarded numerous medals including The Presidential Unit Citation and Chinese decorations.

Ed served in WW2 in the 7th Air Force of the Army Air Corp. As First Lieutenant and pilot in the Pacific Theatre, Ed flew the P-38 (Lightning), P-40 (Warhawk) and P-47 (Thunderbolt).  Serving within the 318th Fighter Group, he flew numerous fighter escort and combat missions in hot spots such as the Marianas, Saipan, Tinian, and later Okinawa and Japan as well as other Japanese held islands.  Ed was also one of the first pilots to fly fighter escort for the then “brand new” Boeing B-29 Superfortresses to and from Japanese targets.  Such escort and other combat missions covered a lot of open water over the Pacific and Ed’s time in the cock pit could be as long as six to seven hours at a time.  As a pilot in the 7th Air Force, Ed and others in the Group played a key role in helping prosecute the air campaign during a very difficult time in American history. 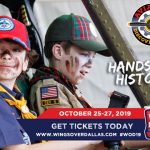