One of only two flying, this B-29 Superfortress is the Queen of the CAF Fleet of Aircraft. The Superfortress first flown in 1942, began active service in 1944. It was designed as a replacement for the older B-17s and B-24s, having the longer range and greater bomb loads necessary for operations in the World War II Pacific theater. The B-29 was also used in the Korean War in the early 1950s and was a staple of the U.S. Air Force until the late 1950s. ​FIFI was acquired by the CAF in the early 1970s when a group of CAF members found her at the U.S. Navy Proving Ground at China Lake, California where she was being used as a missile target. The airplane  was rescued and restored and flew for over thirty years until 2006 when the chief pilot made the decision to ground her pending a complete power plant re-fit. What followed was an extensive four year restoration that included replacing all four engines with new custom built hybrid engines. FIFI returned to the sky in 2010 and since that time has traveled coast to coast attracting large crowds at every tour stop.

To learn more about the B-29 FIFI visit http://www.airpowersquadron.org/ 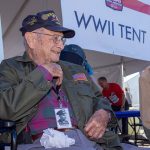 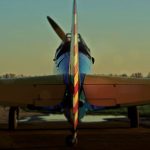